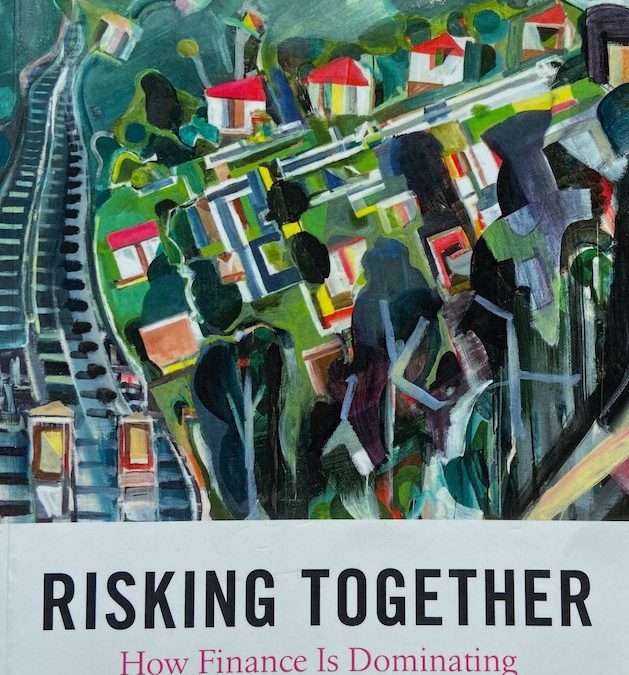 This article was first published on LinkedIn on 21 March 2020.

QUESTION: Did we witness “The greatest unleashing of monetary stimulus in the history of the world” in the third week of March 2020? That is the view of John Adams, Australian economist who for a long time has warned against expansionary monetary polices. What could explain his statement? Adams can be followed on Facebook Adams Economics and Twitter Adams Economics.

To jump to his alternative policy suggestions to helicopter money, quantitative easing and term repurchase agreements listen from 22:20 mins (better still from 20:00 mins) to his most recent conversation on YouTube with markets analyst Martin North in the prescient Interests of the People channel. However, the full 38 minutes is recommended. Policy alternatives are suggested at the end of this post, drawing on some of his suggestions and other references.

But we’re getting ahead of ourselves. The aim of this post is to collate some definitions, statistics and alternatives to the expansionary monetary policies of helicopter money, quantitative easing and term repurchase agreements.

A long time ago a journalist friend taught me to recognize articles written to largely educate the writer. This is one of those, and one for which I would welcome comments. I bring to the topic 37 years of experience as a multidisciplinary lawyer and devotee of economics history. To not whimp out, this post ends with a list of policy alternatives for debate and maybe experimentation.

While COVID-19 dominates current reporting, little has been said about last week’s massive escalation in helicopter money, quantitative easing and term repurchase agreements. Before turning to statistics and policy alternative, definitions are in order.

Helicopter money (“HM“) is a term coined in a 1969 book by economist Milton Freedman, a progenitor of neoliberalism. A useful resource is https://en.wikipedia.org/wiki/Helicopter_money.

Quantitative easing (“QE“) releases money from a central bank which in theory is intended to stimulate real market activity. In the QE era since 2008 it has reduced interest rates, it is questionable how real market stimulation has been, certainly in Australia it funded a housing price bubble and irrational exuberance in stock markets, it seems following the lead of those in the United States.

A distinction between HM and QE is stated in this sentence in the above Wikipedia link:

“Under QE, central banks create reserves by purchasing bonds or other financial assets, conducting an ‘asset swap’. The swap is reversible. By contrast, with helicopter money central banks give away the money created, without increasing assets on their balance sheet.”

“The repo market allows financial institutions that own lots of securities (eg banks, broker-dealers, hedge funds) to borrow cheaply and allows parties with lots of spare cash (eg money market mutual funds) to earn a small return on that cash without much risk, because securities, often US Treasury securities…”.

In Quora someone’s 17 up-voted definition of repo is as follows:

“Term repurchase agreements allow banks to temporarily boost their cash reserves over a fixed term, before returning borrowed cash to the Fed at the end of the term. On the other hand, quantitative easing are designed to permanently inject new funds into the banking system.”

The Bloomberg graphic below illustrates the global prevalence of interest rate cuts in 2020.

With some definition in place of helicopter money, quantitative easing and term repurchase agreements, measure the data below as of 21 March 2020. First off is a graphic of the US repo market between September 2019 to 19 March 2020.

UNITED STATES: In the above yellow line, tracking the US Federal Reserve’s repo market, note the spike in March 2020. Moreover, note the pattern of progressively increased sums released.

AUSTRALIA: On Thursday the Reserve Bank of Australia announced it would begin it’s own program of QE. No sum was indicated. Accordingly the RBA is to buy government bonds. On the same day it cut its interest rate by 50%, now down to yet another unprecedented rate of one quarter of one per cent. That rate is lower than all others in the top graphic for this post. The graphic below illustrates that current interest rates in Western economies are the lowest in 5,000 years, ie since Mesopotamian times when common rates were between 20% and 30%. A reference for that 5,000 years is the 2018 book by Michael Hudson and Marc Van De Mieroop titled Debt and Economic Renewal in the Ancient Near East.

ALTERNATIVES FOR DEBATE OR EXPERIMENTATION

It does then appear that there is a statistical basis for saying, as Adams and North agreed last Monday and Friday, that the third week of March 2020 was “The greatest unleashing of monetary stimulus in the history of the world.” I’m aware of quite a few left of center economics thinkers or economic historians who in recent years have recommended experimentation with alternative strategies. A range of these is listed below.

Gleeson-White, Jane (2011) Double Entry: How the merchants of Venice shaped the modern world – and how their invention could make or break the planet

Milanovic, Branko (2019) Capitalism, Alone: The Future of the System That Rules the World

Tooze, Adam (2018) Crashed: How a Decade of Financial Crisis Changed the World

West, Geoffrey (2017) Scale: The Universal Laws of Life, Growth, and Death in Organisms, Cities, and Companies

Wolf, Martin (2014) The Shifts and the Shocks: What We’ve Learned – and Have Still to Learn – From the Financial Crisis