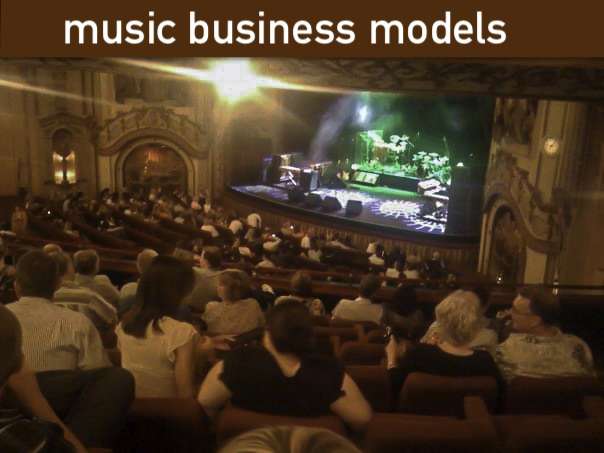 The music production business and the music consumption habits of the 20th century were shaped by the technologies and distribution channels of the time. From the late 1990s the digitisation of music recordings radically shifted the financial basis requiring people in music to re-think the way they could go about earning a living. This post examines six business models proposed by David Byrne and a bonus seventh. 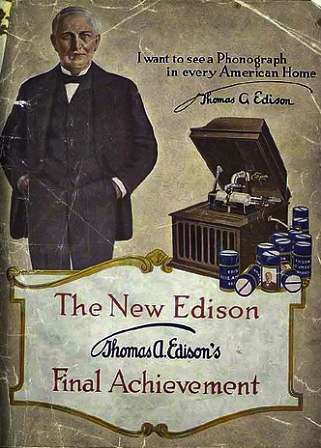 Thomas Edison appears in an ad for his invention, the phonograph with its cylinder recordings in cardboard boxes. The cylinders were popular from about 1896 to 1915.

Before the digitisation of music, recording were distributed on physical media (eg vinyl, cassettes or CDs), marketed heavily, sold in racks at record stores and consumed via stereo cabinets or other playback devices that shared space with lounge room furniture.

The cost of producing, manufacturing, marketing and distributing recordings was considerable. This mitigated toward the growth of large, well capitalised record companies. Applying economies of scale, they attracted or built the larger acts, shaped their repertoire, offered them major advances to guarantee exclusivity, financed recordings, publicity tours and a range of additional support.

Financing of recordings was provided in effect as a loan, and involved payment for studio time, engineers and producers and if needed additional musicians, arrangers and other talent.

This business of the recording companies has been under threat for more than a decade or so under the pressure of many forces. They include new technologies, channels and patterns of music writing, production, marketing, distribution, sale, licensing, use, sharing and consumption.

In Digital music technology and copyright timeline we’ve been tracking copyright law applicable to music. The focus shifts here to business models for music as captured largely by contract-based deals.

For production today, studio recording is not always necessary. For marketing, distribution and sale, the internet dominates, often making redundant the role of many of the traditional intermediaries. Digital self-distribution is close to being free.

In this new environment recording artists have to rely more on live performance and merchandise revenue. Dependence has grown on promoters such as Live Nation, which in the United States dominates tour promotion and owns or operates a large number of music venues including  amphitheatres, clubs and arenas. 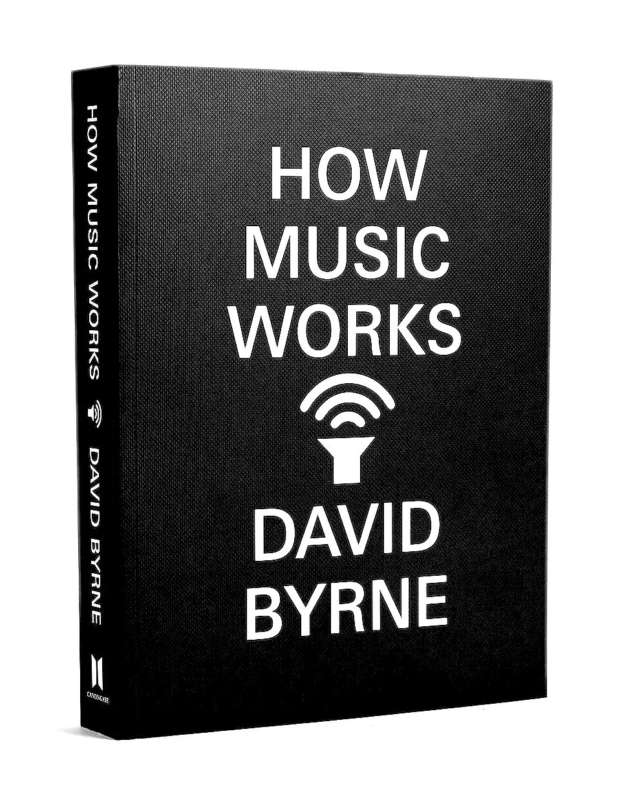 In today’s context, online digital music stores are the contact point for consumers including those of Apple, Amazon and Google.

Joining them more recently are a flood of complimentary and possibly competing streaming music services. The U.S. position is set out in this pie graphic credit to Digital Music News. It shows YouTube and Pandora holding market share of about 65% of streaming music to smartphone users in the U.S. as at early 2014.

Streaming music services launched in Australia include iTunes Radio and before it Spotify, JB Hi-Fi Now, Grooveshark, Beats Music, Pandora, Google Play Music, Samsung Music Hug, Sony Music Unlimited, Xbox Music and Rdio. Their functionality includes being device agnostic, suggesting tracks, sharing in social media and personalisation through creation of playlists by genre, artist etc. Their revenue sources include advertising, subscription fees (eg for ad-free delivery) and track sales. Such services have the potential to reshape consumer expectations about the price of music and preference away from purchase or download of recordings. So far this has hardly been good news for artists.

Some big record companies (aka record labels) have disappeared, eg EMI. Surviving independent record companies, or majors or multinationals such as Universal Music Group, Sony Music Entertainment and Warner Music Group, have adapted and are prepared to consider a range of new deals. Each involves a different emphasis and risk profile for the artists, record companies and other service providers. Risk averse record companies more than ever prefer comprehensive rights management deals for established acts, rather than developing new talent.

Every aspect of an artist’s career is handled by a team. The team includes the artist’s manager, producer, promoters, marketers, accountants and other specialists. The record company effectively controls the “whole pie” of the artist’s entertainment and brand marketing activities. An artist can earn a lot of money in these deals, but there’s less creative control. The artist is turned into a corporate-supported brand generating revenue from publishing rights; licensing recordings (ie mechanical rights); granting synchronisation rights licensing music for use in advertising, TV or movies; touring; merchandising; sponsorship and endorsements. 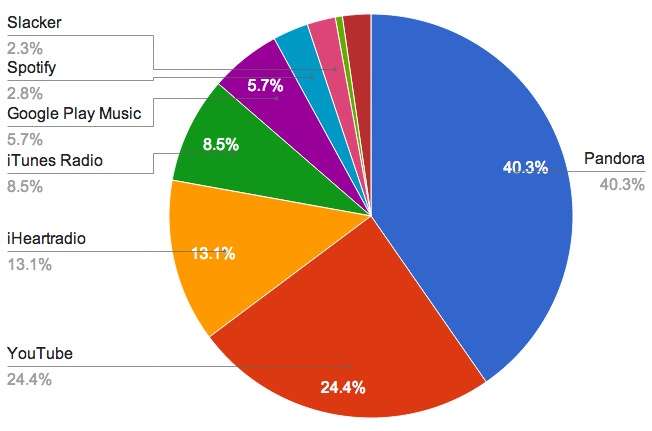 Pussycat Dolls, Jay-Z and Robbie Williams in 2007 made deals like this. Madonna did one in 2007 with Live Nation for reported advances, cash and stock valued at around US$120 million. In 2012-13 Madonna’s tour grossed US$305 million.

Major record companies prefer 360 deals. Record companies tend to prefer “active” deals, where they have involvement and control over the various revenue streams. A “passive” deal is where the label might get a percentage from say, only licensing recordings. The record company does not have participation in all the non-recording rights of the artist.

Generally the greater the share for the songwriter or band in publishing rights or copyright in master recordings, the more they will benefit from such revenue sources.

Publishing mechanical licences are mandatory in any record deal for an album (typically around 9.1 cents per song, usually limited by record companies to 10 songs). Mechanical licences grant the right to mechanically reproduce a recording, paid to songwriters.

In this model as an advance against anticipated sales, the record company finances the recording and handles its production, manufacturing, marketing and distribution. The record company typically is made the owner of the copyright in the record recording (not publishing rights to the music). The artist gets a percentage of revenue from record sales. The label has no financial share in live shows, T-shirts or endorsements.

From the sale of CDs for Grown Backwards, Byrne explains the revenue can typically split as set out below. The album sold 140,000 units, with total revenue of US$276,000 which less US$218,000 of expenses (see below) could be said to result in artist earnings of US$58,000.

If an album is downloaded, say at a price of $10: iTunes takes 30% ($3.00), the label 56% ($5.60) and the artist on a standard royalty deal 14% ($1.40). Most record deals of this kind even today have a packaging deduction that would come off of the artist’s royalty. So the artist’s sum would probably be reduced by 50 cents in a royalty statement. Currently there are cases before the courts in the US seeking to overturn this practice.

If production of an album involves a name record producer then about three per cent of revenue goes to him or her from first sales; and some may also require a percentage of publishing revenue.

The standard royalty model only works well when sales boom and are sustained. The artist gets a cut, though after retailers and others further up the chain handling such things as production, tour support, video costs and promotion.

This is similar to the standard royalty deal, except the artist retains copyright and ownership of the master recording. The right to exploit the recording is licensed to the record company for a limited time, usually seven years. An advance is paid but lower than the standard royalty deal. In percentage shares negotiated between them for the licence period, income from copyright is allocated for the artist and the record company..

Byrne says a licence deal works if the artist can finance, creatively develop and produce the recording as a finished product. Creative control and higher long term earning potential from the recording can be two of the benefits to the artist.

The downside is that a record company may have less incentive to apply services and money to build record sales. Another way to look at this is that the record label will not be required to provide any marketing support, thus providing the label with a greater net margin with a reduced risk.

As noted in the following Lightbulb blog articles, Ray Charles and James Brown owned their masters. So did David Bowie.

This often involves a 50/50 shared copyright ownership of the master recording and hence also the production costs. Due to the artist’s profit participation there’s no mechanical royalties payable to the artist; profits if they come are shared in the same percentage as the copyright ownership of the master. As a clarification, mechanicals continue to be paid to the songwriter even if the artist and the songwriter are one and the same. Mechanicals is a term that is used in the music business only to refer to publishing royalties derived from replication of the song copyright – not to the reproduction of the recording from the label point of view.

Here the artist is responsible for arranging and financing everything except manufacture and distribution of recordings. The artist has creative control. The artist is involved in taking substantial commercial risk and has to apply business and creative know-how across a range of areas.

The record company is treated as a service provider paid either a fixed fee or a modest percentage of revenue. Big labels traditionally don’t make production and distribution deals.

In this final model the artist produces, markets and distributes or goes into variations on this independent theme. Usually only a small number of CDs are pressed and sold at gigs or online. This can restrict sales to only the geographic territory within which the artist is able to market effectively. As online business and technology develop it seems likely that there’ll be a lot of creativity and collaboration applied to production, marketing and distribution in this model.

Byrne provides the breakdown below of the US$315,000 expense for the self-released Everything That Happens album he did in 2009 with Brian Eno. He says it earned $964,000 in total income.

On editing this article Chris Gilbey noted that it is time to add an additional seventh model – crowdfunding. He wrote:

“While Byrne may not have covered it in his book, crowdfunding is now becoming more and more popular and may become the model that truly disrupts all of the above. See Kickstarter, Indiegogo, Pozzible – for a variety of models that enable funding of recordings, tours, merchandising and more. One interesting model in this area is the “home tour”. This is where artist crowd funds a tour and performs at someone’s home. The home promoter has to guarantee the artist a modest amount of money, and the artist undertakes to do an acoustic gig in the promoter’s lounge room. The artist takes a punt that his or her CD or DVD will be sold to the friends of the promoter who are invited to the performance, and that the word of mouth of the performance will create a wave of social media activity that will generate a self-perpetuating meme for the artist.”

Credit: Thanks to music industry veteran, Chris Gilbey, for reading and editing an earlier version of this article and contributing the seventh model.

Photos: The first image is of a 2010 concert by Al Green at Sydney’s State Theatre.