How to host a webinar, WITH IMAGINATION. 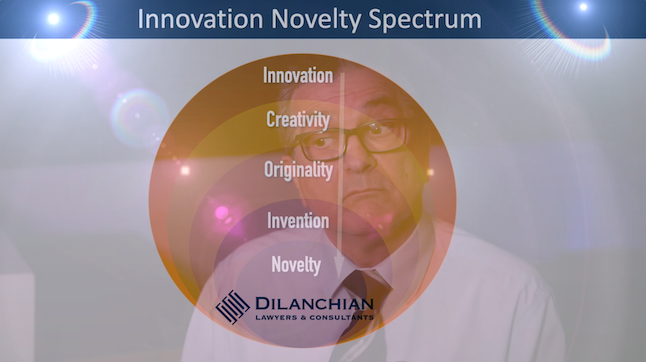 Webinars have proliferated in this remote working, Covid-shaped era. From recent webinars I’ve gained nothing, except inspiration for this Sunset Talk video on how to host a webinar. As for imagination, head to 3:44 mins in the video to see the Innovation to Novelty Spectrum, supported by James Brown.

Recent webinars got up my nose because hosts asked Dorothy Dix or soft ball questions. Things went downhill as presenters were led to spiel their brand messaging, not substance.

After this chit chat, there were no takeaways, downloads or material to access. While materials aren’t essential, they can save a bad gig.

Take the term innovation. For decades my practice has been to use the word innovation to refer only to change, little else. Use of the word can result in nonsense. One word on its can’t refer to change, creativity, radical shifts, technological revolution, paradigm shifts… and so on…

Turning to diversity, use of the term can benefit from statistics. The recent webinar provided none.

As for artificial intelligence its been famously described as “software that has not been written yet”.

If you really mean machine learning or another newish technology then say so. Avoid the term AI entirely.

A good one needs plenty of pre-event research. Do it.

Select speakers for what they might say, not who they represent or their affiliation.

And please, unless a speaker is brilliant, insist on materials that can be viewed, downloaded or accessed.

But in all this, I’m the dummy. The titles of these webinars were giveaways. The title of the most recent one began with three words – Futuristic, Vision, Towards. Are these not synonyms?

In the description field of this video I’ve provided a short list of additional dumbed down terms to avoid. I’m interested in your feedback, comments are welcome.

Grumpy because this is a period in history with declining standards. Traditional institutions of power are doing too little about declining societal values, escalating stupidity, economic and other inequality, let alone the need to modify social and economic orders.

Instead, there’s an ongoing market calling for new wars, not peace, and limp plans to deal with climate change and nuclear proliferation.

A spectrum for imagination

So what’s needed? Imagination I say. I’ve been fortunate to live and work with it my entire adult life.

So in the accompanying video at the end you’ll see an animation I’ve titled Innovation to Novelty Spectrum with a James Brown soundtrack.

As illustrated, in the outer ring you see innovation, that is change.

At a next level is creativity. It’s followed by originality a requirement under copyright law.

Finally novelty, the highest level of imagination, at least according to patent law.