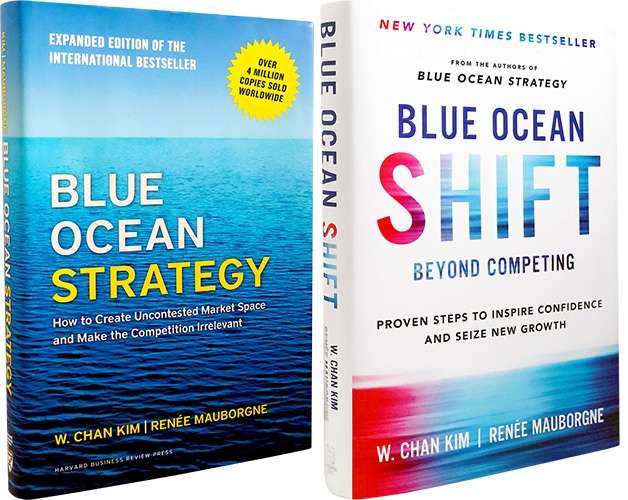 I’ve learned a great deal from competition strategy specialists as a contract drafter for now 30 years. This is because the best contracts I draft apply business model innovation, or other elements that build or at least support a client’s competition strategy.

This is the case even in drafting simple confidentiality agreements (aka non-disclosure agreements).

In drafting more sophisticated contracts I often blend concepts I draw from separate industries and then re-model into clauses and other contract language. This creates novel contracts, that solve problems in a new ways. This feeds my healthy addiction to learning about drivers for competition. 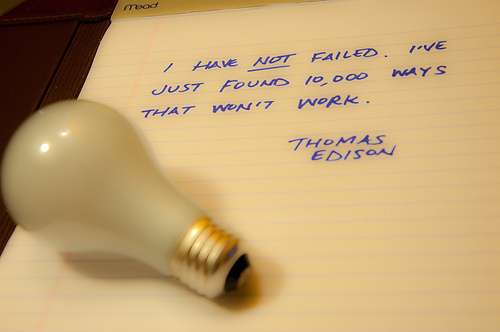 In response to a question about his missteps, Edison once said, “I have not failed 10,000 times—I’ve successfully found 10,000 ways that will not work.”

“Blue Ocean Strategy” is a popular label for what purports to be a competition strategy. It’s the title of a very popular book published about a decade ago by W. Chan Kim and Renée Mauborgne. The book was about competition strategy involving doing things differently and better. Nothing special there.

The book came to my mind today because I was thinking about what I would term, in hopefully more plain language, as top down competition strategy. 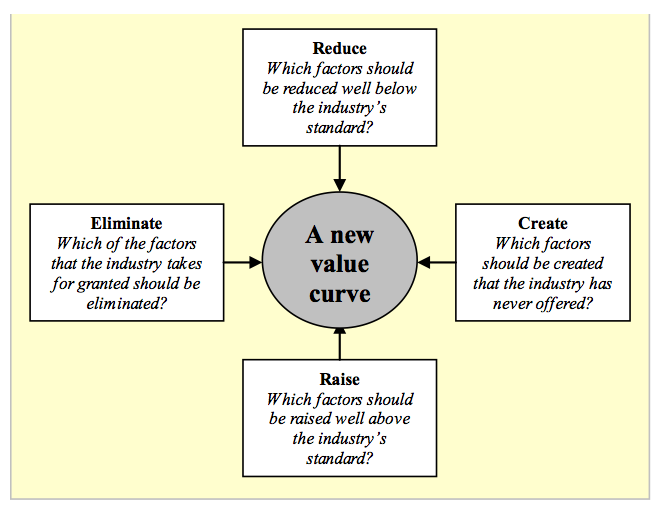 Graphic from the Blue Ocean Strategy book, nothing new in competition strategy literature, but people loved it. See the PS at the end of this post. 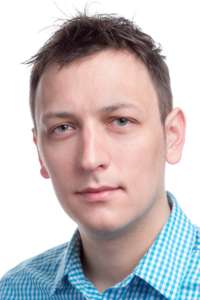 Top down competition strategy resurfaced for me today on reading a blog post by @stratechery (Ben Thompson – photo right).

Thompson uses the label of “obsoletive technologies” to explain the iPhone’s competitive positioning, which he notes has pushed an entire industry towards making obsolete the offerings of Nokia and BlackBerry.

Thompson adds the example of the iPhone. On release it too charged more than did the incumbents or competitors, eg Nokia and BlackBerry. See Why Uber is worth $18.2 billion.

So in the top down competition strategy of Dyson, Cirque du Soleil and Apple – each charged more, not less than most of their competitors.

For the last few years a deluge of scribbling online has hawked the advantage of charging less as a competition strategy.

To keep it simple, I’ll call charging less a bottom up competition strategy.

Bottom up competition strategy is regurgitated most often by scribblers who misunderstand and misuse the theory of “disruption”, eg as in disruptive technologies, as developed in the works of Harvard professor Clayton Christensen.

So when explaining a venture’s offering to prospective collaborators, investors, lawyers or others, it can be very useful to clearly explain the competition strategy you are following.

Both top down and bottom up have very different implications.

Contract drafting lawyers tend to be a different species to your garden variety litigation lawyer. Call a contract drafting lawyer at the venture or offering invention stage to build fire prevention into what is on offer. If you leave it too late they will be asking you the very urgent question: “Where the fire?”.

Image source: Lightbulb image with the Edison quote is via Flickr Commons and credited to John Liu.

PS: I found the Blue Ocean Strategy book both underwhelming and annoyed. Annoying because it gets so much kudos, yet for me it reproduced what I regarded as pre-existing concepts and theory, without citing or contextualising the sources it drew on. Those sources to my mind included the remarkably useful books by the authors behind the concepts of “competitive advantage” (Michael Porter) and “strategic intent” (Gary Hamel and C.K. Prahalad).

I’m not alone in those thoughts, here is criticism in Wikipedia: “It is argued that rather than a theory, Blue Ocean Strategy is an extremely successful attempt to a brand set of already existing concepts and frameworks with a highly “sticky” idea. The blue ocean/red ocean analogy is a powerful and memorable metaphor, which is responsible for its popularity.”