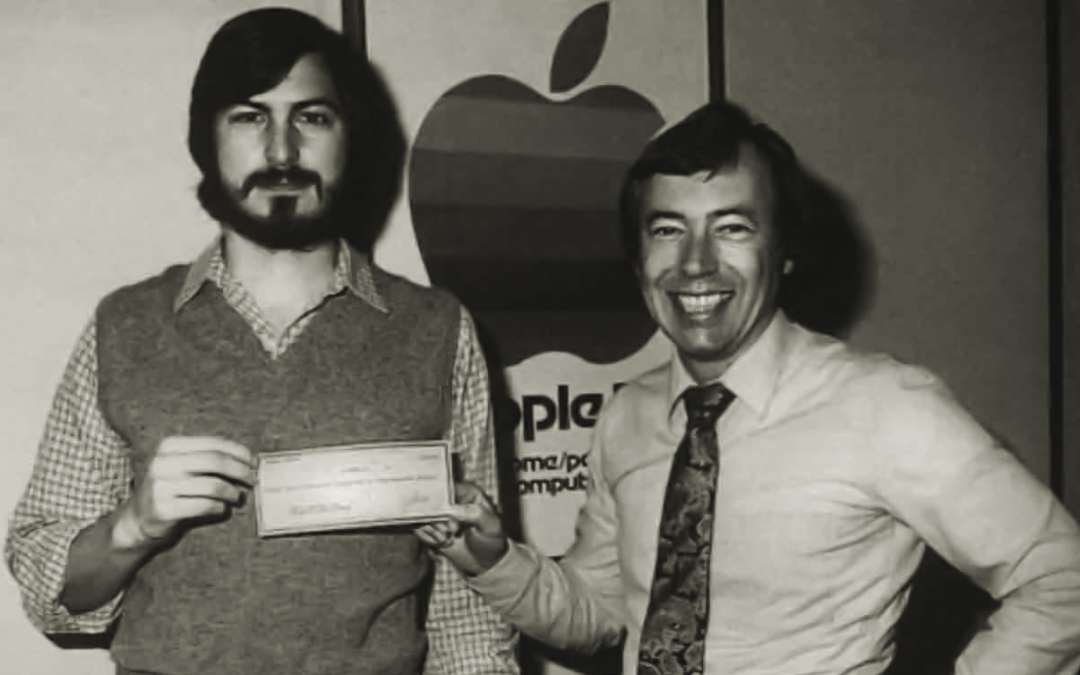 How you raise funds for a venture is critical to success. In recent years new options have become available for early stage ventures which have no cash, family, friends or local means to raise money.

Then, as now, ventures often began with founders relying on cash flow (eg fees for their services), while applying their profits to the speculative start-up venture.

Back then, before you got to money, the usual expectation was to put in place planning documents (often dumbed down into just a “business plan”), a PowerPoint pitch, a team of advisers in suits and probably a product prototype. Most of those still apply, but not always and often later down the establishment track.

Then from roughly 2006 onwards in Australia and years earlier in Silicon Valley, significant new funding innovations emerged. We are only just beginning to understand the way they are changing the venture establishment and funding landscape. The availability of early stage venture funding has certainly increased in recent years, at least in the United States (see graphic below).

Capital raising by Australian start-ups, an assessment by the venture fund Artesian Venture

Focusing on tech start-ups, opening opportunity on the supply side was open source software and Web 2.0 technologies which from about 2002 evolved in Silicon Valley. With them there were parallel developments that have been given snappy names subsequently (eg cloud computing, social networks, open innovation, telecommuting, lean or agile development and big data).

On the demand side the addressable market grew as traditional media were demonetised by digital media, the population online vastly increased, Wi-Fi became an addiction and mobile devices became sought after fashion accessories.

Collectively these supply and demand developments made it vastly less expensive to set up the venture’s technology and web hosting needs and put qualified personnel to work.

For tech start-ups there remains an excessive fixation on advertising as a source of funding, trying to copy giants in net advertising such as Google, Yahoo! and Facebook.

That’s understandable but narrow thinking. Sure, between 2009 and 2012 in Australia revenue from online advertising continued to grow faster than from ads for print media, radio, TV, outdoors or cinema ads. And the 2013 revenue online giants generated from four main sources is jaw-dropping: 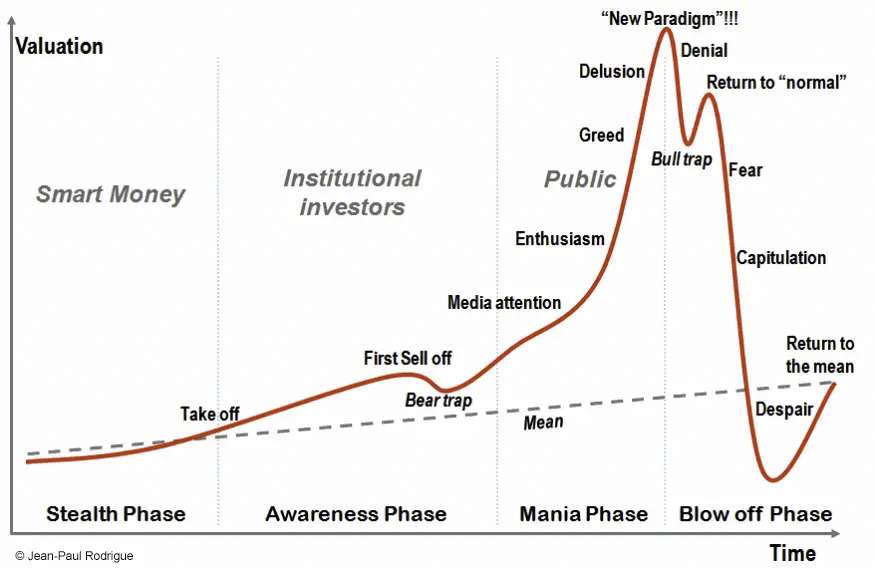 Trying to channel ad dollars also encourages many to seek affiliate marketing arrangements, in which typically sites which feature ads for your offering receive a cut of the revenue, so there’s no up-front cash outlay by you. These ads might be dressed up as “sponsorship”.

Entering the funding scene for digital and non-digital ventures are newish or revived mechanisms such as crowdfunding, incubators, tech start-up accelerators, in-app product sales, trade of anonymous and aggregated user data and other experimental approaches that incorporate novel technology. Here’s an overview.

2. Business incubators – In return for a cut or a deal business incubators seek to facilitate the development of new ventures by providing office space; technical, design and business support, and additional resources and services. An informed estimate indicates that 5 per cent of incubated ventures get to Series A funding. Australian examples include:

3. Tech start-up accelerators – Provide a short window anywhere from a day, weekend or several months of mentoring and support including hackathons and similar events. Examples include those below, there are more Australian examples listed here state by state. Some accelerators are prepared to also invest in a start-up. Startmate for example will invest $50,000 for a 7.5% equity holding. There’s been a surge of corporations setting up accelerators. Long-standing ones include Google Ventures and Intel Capital. In Australia there’s telco-supported facilities such as Muru D from Telstra and Innov8 Seed from Optus.

4. In-app purchases – The purchase process is completed directly from within the app and is seamless to the user in most cases.

5. Aggregated data – Major online sites (eg LinkedIn and Twitter) serve their advertisers by providing user data, segmented in many ways, to target specific ads at specific user categories. Such interactive media have been very competitive against traditional media which less reliably captures and segments user information – see Disruptive innovation in Oz job, car, and property advertising. Aided by machine learning, trade in data may have the greatest potential for funding future ventures. Indeed, Netflix and Google don’t merely trade data intelligence to raise revenue, they use it to build and extend their empire.

6. Product pre-ordering or crowdsourced invention – These have been used by gizmo inventors, eg kitchen aid products, who gather pre-orders from site visitors as a means of validation of consumer interest and even as a means for producing development and funding. Some are online community tool sheds used for open innovation involving collaborative brainstorming and co-operation between product designers, funders, investors and consumers.

7. Non-cash exchange systems – Here we might group use of crypto-currency (eg Bitcoin) and peer-to-peer sharing.

To select the funding mechanism most suited to your circumstance, there are numerous variables to consider. They include the level of clarity of your vision; the long-term plan; the size, nature and market targeted by your venture; and the sufficiency of resources, experience, skill and knowledge base of your existing collaborators.

The level of required funds at each stage of a venture also shapes the choice of funding options; hence in very rough numbers incubators and angels can contribute up to say $100,000, seed funders sums above that, and venture capital sums starting from say $2 million (in Australia).

For a range of reasons fundraising is staged, common labels being bootstrap, seed, angel, Series A, Series B, Series C, Series D and initial public offering. Stating fundraising is an entire subject on its own.

How to prepare for fundraising

Relevant to venture funding, there are legal implications for a range of potential transactions and venture documents, eg at a minimum a website or app terms of service.

Here are three things to do to identify those implications to help your legal and other advisers and team members work on your venture.

Plenty of people use the term business model as if it is self-explanatory. Prof. Henry Chesbrough in his book, “Open Innovation” provides a useful definition, setting out six elements.

Go back and read again point 4, the revenue generation mechanisms. Think of them as the financial model or as mechanisms for monetisation. As we’ve seen, these mechanisms are in a state of constant innovation, especially for digital products and services such as websites and apps. 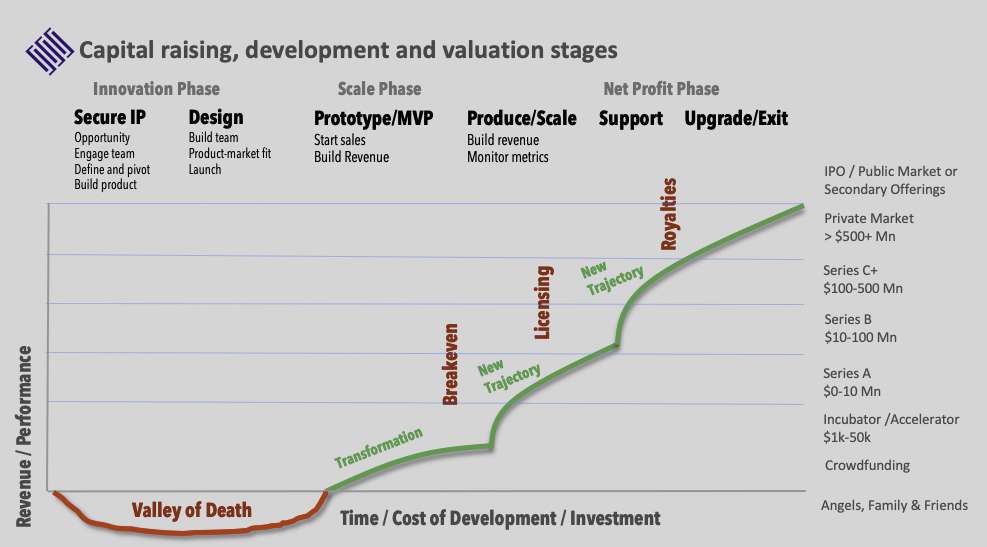 Why is getting funding right so important?

Another pay-off is that a properly documented arrangement for payment or receipt of rewards, benefits, value or remuneration, when packaged within a contract (and other legal documentation if needed), forms a sophisticated blueprint for running a business.

Got an idea? Got the one-pagers ready? We welcome your call for a free initial conversation or email to discuss your unique needs as a start-up or investor.