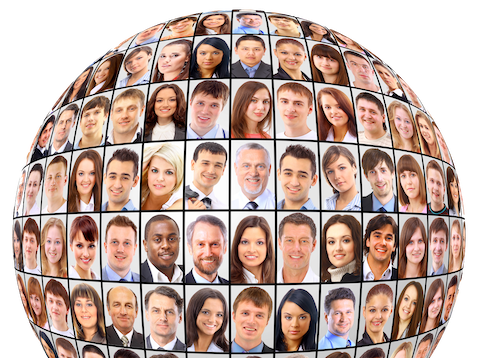 Greater Western Sydney is one of the most economically vibrant regions of Australia. It encompasses 13 fast growing local government areas.[1] This story is rarely heard partly due to gaps in awareness, who produces media reports, education, and even Australia’s culture wars. Leaving such explanations aside, an economic opportunity and challenge exists for Australia as a whole. It involves answering this question: What must be done to better leverage the multicultural diaspora of its population, including in Western Sydney? These communities link Australia to the world’s fastest growing national economies. The links include shared cultural heritage, language and telecommunications.

My research identifies six distinguishing features of the economic circumstances of Greater Western Sydney. We’ll refer here to the region by its common name – Western Sydney. Here many households brew their coffee in little pots. Beyond are the suburbs of Sydney’s north and east, said to be a cafe culture of latte drinkers, living and mostly working on the northern and eastern sides of Sydney’s latte line.

Small businesses: Nine out of 10 of all businesses in Australia (ie large, medium and small) are small businesses (there’s 2.1 million of them[2]). Migrants are the owners of one third[3] of those small businesses (approximately 700,000).[4] This proportion is anticipated to rise with Australia’s population increase being mostly due to migrants from abroad and their internationally well-researched proclivity to starting businesses. All businesses: As regards businesses of all sizes, of the actively trading ones one-third (about 706,000) are located in New South Wales. Commonwealth Bank analysis of data from various sources produces these estimate:

Those with Chinese, Indian and Lebanese heritage can be considered to have migrated from Asia. How so? Terminology and perceptions about geography, identity and history change over time. Asia as a term has a long evolution. Understanding this can reframe thinking to align with the future suggested by long-term trends in trade and history.

In 2017 for Australia the top two-way trading[7] partners were China (A$183 billion), Japan (A$72 billion), followed by the US (A$68 billion), South Korea (A$55 billion) and India (A$27 billion). In 2017 India overtook the UK and New Zealand.[8] Not to be forgotten, among the strongest trade growth relationships for Australia in 2013-2017 were in the Southeast Asian countries of Singapore, Malaysia, Indonesia and Vietnam. A central driver of public expenditure in Western Sydney, indeed the reimaging of Sydney as a metropole, involves growing “three cities” to facilitate a 30 minute commute for all.[9] If this is realised there would be numerous additional advantages, eg less time wasted traveling, less air pollution, and less human-induced climate change from car emissions. “Road rage” became a thing from about 1994, and certainly a thing to bemoan in Sydney.

Data on Western Sydney provides evidence of road congestion, rising costs of public transport, and a job deficit[10]. The region has the following daily worker flows:[11]

Governments are keen to cool voter disquiet caused by Sydney’s road transport congestion. And so it came to pass that in Australia the most expensive motor way, estimated currently at A$18.6 billion (excluding various additional costs), with the longest drive through tunnel and toll road – is the 33 kilometre WestConnex under construction. Heading towards 2023 parts will be progressively completed.

Summarising this second distinguishing feature of Western Sydney, Dr Tooran Alizadeh of Sydney University writes: “A key objective of the metropolitan plan is to rebalance economic and social opportunity toward Western Sydney and the Central River City, or “Central City”. The vision is for most residents to live within 30 minutes of their job, education, health facilities, and other services.”

Leaving aside home care, domestic duties and child care, in what sectors are people working in Western Sydney? They are in hospitals (3.9%), cafes and restaurants (2.4%), supermarkets and grocery stores (2.4%), computer systems design and related services (1.5%), and banking (1.3%). Western Sydney is fortunate to have a relatively youthful population pyramid. The ageing of national populations and declining birth rates have social and political ramifications that are evident especially in countries not readily accepting of migrants, such as Japan, Germany, France and China.

Parramatta illustrates some remarkable demographic facts. The median age of its population is 33 years, with people aged 65 and over making up 11.8% of the population. Compare that to Greater Sydney as a whole, where the figures are respectively 36 years of age and 13.9%. This demographic data has economic advantages. A youthful population works and pays taxes, makes babies, demands public services (eg for education, health and professional services), buys consumer goods, and can engage in entrepreneurship early in life.

Greater Sydney has a population of 5.13 million,[12] in a nation of over 25 million. With a population of 2.17 million,[13] Western Sydney is a migration magnet, with growth suburbs such as Parramatta, Auburn and Ryde.[14] Its population growth exceeds those of Australia’s other urban areas. The majority of the arrivals in Sydney from overseas have settled in recent decades in Greater Sydney. Subject to solutions to the “job gap” problem, in the 20 years to 2039, if as expected Western Sydney’s population rises to 3 million, then two out of every three new Sydneysiders will choose to be a westie.[15]

An ageing population is internationally a priority policy vector. Here too Western Sydney has an advantage with its substantial health facilities (see the landscape maps in this post on Parramatta above, and Liverpool below). As of mid-2015 in Western Sydney there were about 12,000 employed in health sectors, with nearly 2,000 beds, and four hospitals, including Westmead, Blacktown, Mount Druitt and Auburn hospitals.

Understanding whether a client is cognitively intact is essential before any assessment of situational capacity can be considered or legal work done with confidence as to its enforceability. Life expectancy in Australia for women is 84.6 years and 80.5 years for men.[16] For women dementia and alzheimer’s disease are the number one cause of death for females and ischaemic heart disease for males.[17] Construction commenced in September 2018 of the Western Sydney Airport. Completion is expected in the mid-2020s. It will add to th

e western Sydney facility of Bankstown Airport. The new airport zone is described as an aerotropolis, it will be a hub for businesses.

The new airport is part of the concept of Greater Sydney being a metropolis of major urban clusters referred to as Harbour CBD, Greater Parramatta, Liverpool, Campbelltown-Macarthur, Greater Penrith and from the mid-2020s Western Sydney Airport Aerotropolis. Food and beverage projects have repeatedly demonstrated Australian’s capacity to achieve in food and beverage markets in Australia and abroad. This capacity has adapted and grown as Australians adopted ethnic foods, a trend that increased dramatically from about 1970. Then from 2009 Masterchef and subsequent TV food programs entered the top 10 of the most viewed shows on TV.

Two suburbs for food retailing and cuisines are Cabramatta for Vietnamese and nearby and Granville for Middle Eastern and nearby. Ending this post are four food photos – one from Cabramatta and three from Granville (Awafi Charcoal Chicken, Abla’s Pasteries and Bekaa Dairy Products; Bekaa is a client). Each has exceptional offerings. Go there, taste and order supplies, use the people and foods of Western Sydney to make friends and influence people internationally. [2]   More precisely there were 2,116,877 small businesses operating in Australia at the end of financial year 2016-17. More than half were located in New South Wales and Victoria. Source: Australian Bureau of Statistics 2017, Businesses by Main State by Industry Class By Employment Size Ranges, http://www.abs.gov.au/AUSSTATS/abs@.nsf/DetailsPage/8165.0Jun+2013+to+Jun+2017.

[4]   Ibid, page 7. Small businesses are defined as having a turnover less than $2 million per annum or employing less than 20 people.

[5]   Providing context are figures for Australia as a whole, from the 2016 census. Nearly 50% of Australia’s population were either born overseas or have a parent who was born overseas. Just over 6,150,000 people were born overseas in census 2016, compared to 5,280,802 in 2011. While England and New Zealand were still the next most common countries of birth after Australia, the proportion of those born overseas who were born in China and India has increased since 2011 (from 6 per cent to 8.3 per cent and 5.6 per vent to 7.4 per cent respectively). Of the 4 million people who speak a language other than English at home, close to 1.3 million speak an Asian language – including more than 650,000 who speak Chinese.

[7]   Measured by Austrade for each trading partner country by adding Australia’s exports to and imports from that country. See https://dfat.gov.au/trade/resources/trade-at-a-glance/pages/default.aspx.

[11]  2016 NSW Bureau of Transport statistics. The population growth rate of Greater Sydney has for some time been around 2% per annum.